Shortly after Reichbusters was delivered to backers, Mythic Games announced they would be releasing a new mini-campaign.

Operation Wolfley is a three mission campaign with a few twists in it.

Mission one and two are designed to play with two characters. I was happily surprised when I heard about this choice.

You see, when I first started playing Reichbusters I immediately felt like the game could scale really well for different player counts. The caveat being that the campaigns or raids needed to be designed for that specific player count. I started designing my own solo raids that you can find here: https://www.reichbusters.com/raids/, if you are interested.

The fact that Mythic now released missions for two characters, instead of the usual four,
confirmed my belief that this is the best way to scale Reichbusters players count.

Before I continue my review I would like to note that I really enjoy the core Reichbusters game.
Obviously, I wouldn't be designing my own missions and update a website dedicated to the game. 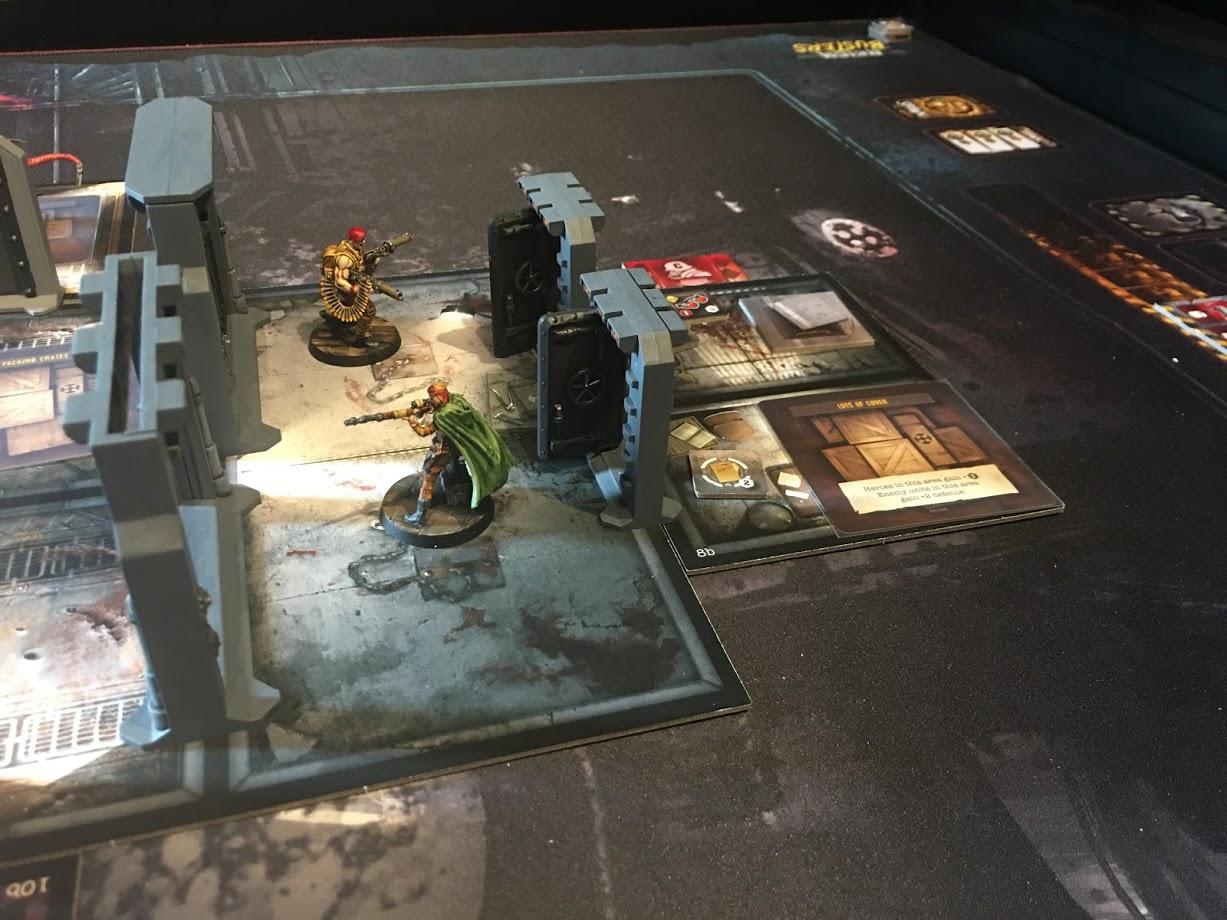 When the campaign starts you need to select your four heroes from the following list: Brick, Sarge, Red Hawk, Claudine, Quentin, Irena, Bjorn. Besides Irena and Bjorn, you are picking the same heroes from the start of the main campaign in the core box.
I was really disappointed when I read this and I hope in the future they create missions where you can pick any character.
Especially because there is no narrative reason why you would limit the available characters.

The first two-player mission starts in the post-alarm phase, while the second mission is entirely in the pre-alarm phase. So you want to have your stealthy characters in the second group. In both missions, you need to collect as many objective completed tokens as you can. These tokens will give you a big advantage when you take on Karl Tod in the final mission.

Mission one and two are really fun to play. I really liked how the designer used the room feature cards. All cards from one room type are placed on the map and you need to find the secret passage to escape.

This is why I fell in love with this game. There is so much design space to do interesting things with the rules and components. I do recognize that there is a learning curve but it pays off in the end. I think the fact that Mythic is adding the keywords on the character cards will really help.

But also here they did something interesting and refreshing.
The two teams both start on different tiles and the doors combining the two sections are only opened when the alarm triggers or Karl Tod is assassinated. The odds of doing this successfully, highly depend on how well you did on the first two missions. I was extremely lucky because I got all four objectives and was able to successfully complete the campaign. 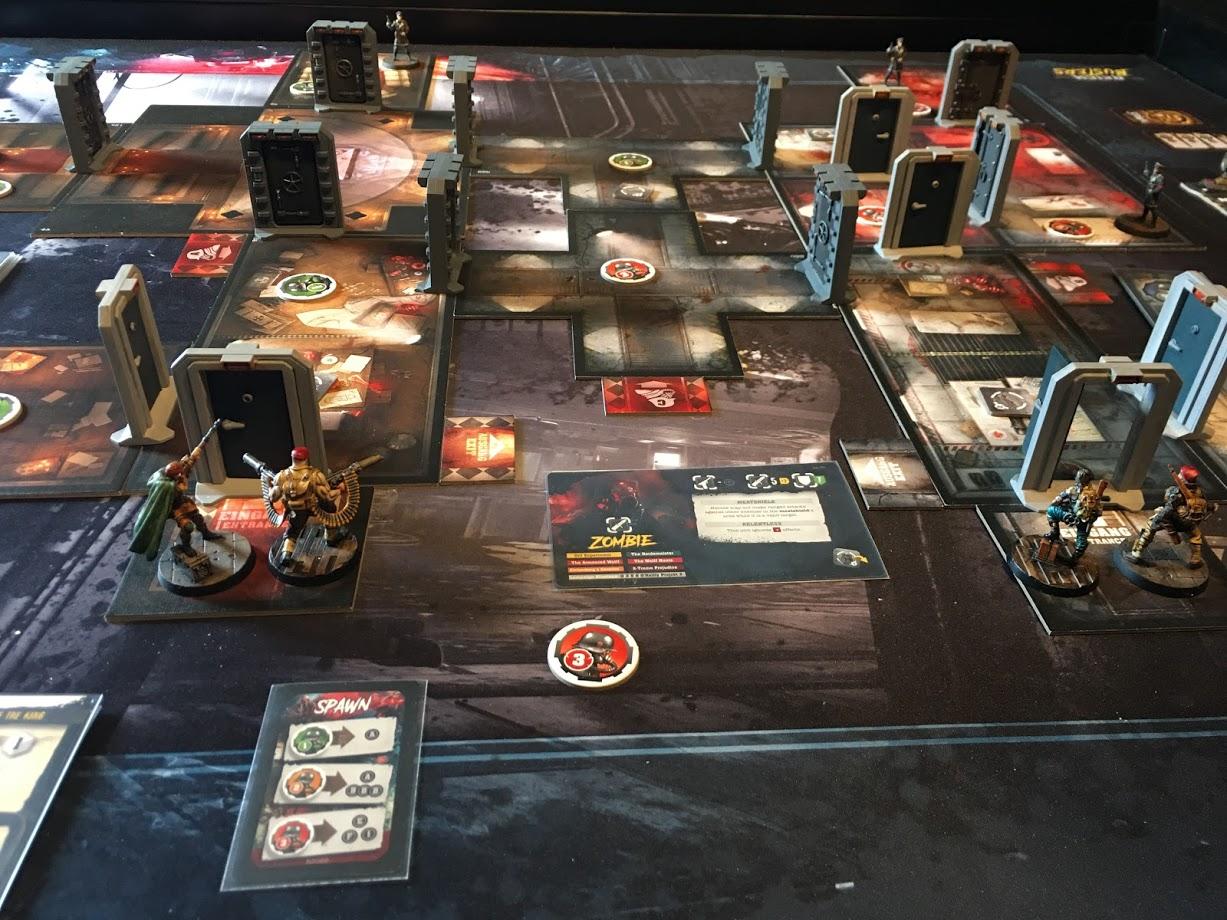 So is Operation Wolfley any good? Yes, it's really good.
Congratulations to Philippe Villé and Mythic games.

At the end of the campaign, you unlock a new rule for future Reichbusters games.
Vril Upgrade: A Hero can spend 1 action and discard 2 Vril Orbs to turn over one of its weapon tokens to the Vril enhanced side.

I have not yet played with this rule but it seems like a no-brainer to add it to the FAQ/errata when they are sent to backers.